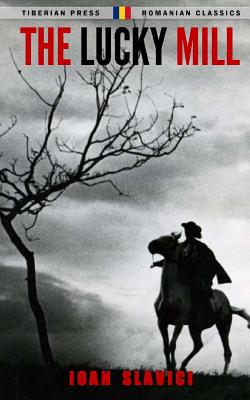 In the backwoods of Transylvania, the ambition of Lucky Mill's new innkeeper runs headlong into the interests of the region's most dangerous man. The fierce clash of wills threatens the fate of the inn, the innkeeper's marriage, and the lives of innocents. The Lucky Mill (original title in Romanian, Moara cu noroc) is a fascinating 19th century psychological thriller, and the most important work of the Romanian realist author Ioan Slavici.

Ioan Slavici (January 18, 1848 - August 17, 1925) was a Transylvanian, later Romanian writer and journalist. He made his debut in Convorbiri literare ("Literary Conversations") (1871), with the comedy Fata de birau ("The Mayor's Daughter"). Alongside Eminescu he founded the Young Romania Social and Literary Academic Society and organized, in 1871, the Putna Celebration of the Romanian Students from Romania and from abroad. At the end of 1874, he settled in Bucharest, where he became secretary of the Hurmuzachi Collection Committee, then he became a professor, and then an editor of the newspaper Timpul ("The Time"). Alongside I. L. Caragiale and G. Cosbuc, he edited the Vatra ("The Hearth") review. During the first World War, he collaborated at the newspapers Ziua ("The Day") and Gazeta Bucurestilor ("The Bucharest Gazette"). He was awarded the Romanian Academy Award (1903).