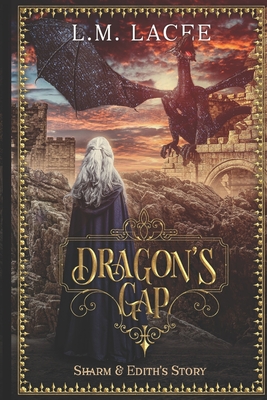 Dragon Sharm and Edith the bear discover love's heartache and what it means to be a true soul mate.

This is the second fantasy dragon romance book in the series 'Dragon's Gap' where we meet Edith Black who is a full bear that grew up thinking she was human. Edith is a bear that, for so long, could not shift or communicate with her other half. After she has been at Dragon's Gap for two months this all changes so whether it is the influence of all the other shifters or the Dragon magic that fills the air, Edith's bear starts to talk to her.

Now shutting her up is the problem

Her bear has an opinion on just about everything, especially if it has anything to do with Edith's life. She has discovered her bear is grouchy in the mornings and not so grumpy in the afternoons. Although Edith will admit she also can be short tempered and on occasion can be sharp tongued. But usually because people can be just so annoying

Edith learns her bear gave up the ability to shift for other gifts, one of those being the ability to tell the species, age and birth date of any person or child. A valuable gift at Dragon's Gap when so many young do not know who or what they are.

One morning her bear drags her to the castle where she meets and is befriended by Verity Kingsley the Dragon Lords mother. It is not long after that Edith finds herself in trouble, first she discovers Verity's son Sharm, the master healer for dragon kind is her mate. Then she finds out Molly, the Dragon Lord Reighn and Sage's daughter has a new friend, a faerie SELA, who is not at all what she seems. During the discovery by the faerie Queen Scarlett and King Elijah of Sela's nefarious intentions towards Molly, Sela casts a spell on Edith causing disastrous consequences for her and Sharm.

Their bonding is not a joyous joining. The spell is designed to change Sharm, who becomes an obstinate, chauvinistic, and argumentative male much to every-bodies amazement placing their bonding in jeopardy. In the meantime Edith finds a friend in healer Ella. A lonely and shy young dragon. Edith helps Ella find her voice and changes her life, introducing her to Sage and June who also befriend her, transforming her from an old maid into a young vibrant Dragon.

Edith does not stop there, she also drives changes for Dragon's Gap, introducing a cab service, craft and cooking classes, involves the matrons of Dragon's Gap. Enlists Elder Dragons to give classes in magic, Elementals and etiquette, she entices Verity to start a Museum to showcase the peoples history of Dragon's Gap and Edith decides to open an art gallery.

Sharm's Dragon enlists the aid of the Faerie Queen Scarlett to help remove the spell from Edith. Eventually Edith and Sharm become united and find without the influence of the spell they are destined to be together.

Unfortunately when Rene' Verity's shadow and Sharm's father returns to Dragon's Gap, he and Edith clash over his treatment of Verity Sharm's mother. Edith will not tolerate the hurt to her friend Verity she confronts Sharm's father on his behavior causing Rene' to turn his formidable anger on her. We leave book two with Rene' and Edith at odds and Sela the wicked Faerie on the run.

What others have said about The Epic Dragon's Gap Series

DOWNLOAD YOUR COPY NOW Visit the authors site for current information and Freebies from this romantic Dragon's Gap series.