The Beats in Mexico (Hardcover) 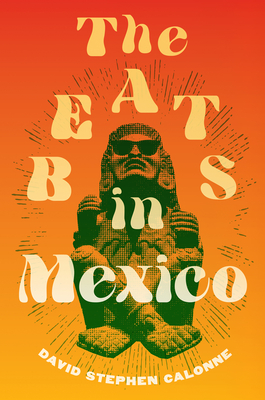 Mexico features prominently in the literature and personal legends of the Beat writers, from its depiction as an extension of the American frontier in Jack Kerouac’s On the Road to its role as a refuge for writers with criminal pasts like William S. Burroughs. Yet the story of Beat literature and Mexico takes us beyond the movement’s superstars to consider the important roles played by lesser-known female Beat writers.

The first book-length study of why the Beats were so fascinated by Mexico and how they represented its culture in their work, this volume examines such canonical figures as Kerouac, Burroughs, Ginsberg, Lamantia, McClure, and Ferlinghetti. It also devotes individual chapters to women such as Margaret Randall, Bonnie Bremser, and Joanne Kyger, who each made Mexico a central setting of their work and interrogated the misogyny they encountered in both American and Mexican culture.

The Beats in Mexico not only considers individual Beat writers, but also places them within a larger history of countercultural figures, from D.H. Lawrence to Antonin Artaud to Jim Morrison, who mythologized Mexico as the land of the Aztecs and Maya, where shamanism and psychotropic drugs could take you on a trip far beyond the limits of the American imagination.

DAVID STEPHEN CALONNE is the author of many books, including The Spiritual Imagination of the Beats and Diane di Prima: Visionary Poetics and the Hidden Religions. He has also edited five volumes of prose by Charles Bukowski as well as interviews with Gary Snyder and Allen Ginsberg. Calonne lives in Ann Arbor, Michigan and has taught at the University of Texas at Austin, the University of Michigan, and the University of Chicago. He currently teaches at Eastern Michigan University in Ypsilanti.

"This close study of Beat writers in the context of their experiences in Mexico is a revelation many times over. The author has plumbed the depths, discovering whole new dimensions in the US avant-garde, with an emphasis on women Beat writers long overdue. What we have here is a critical classic in the making, a must-read for anyone interested in the saga of the Beats."

"With The Beats in Mexico, David Stephen Calonne finally fills a critical gap in Beat Generation scholarship--tracing not only the influences of Mexico on the major Beat writers, but on their predecessors, followers, and contemporaries. We devoured this thoroughly-researched, beautifully written study. Highly recommended!"

"Calonne’s book brings together a mass of description, information, knowledge and quotation to form a wide-ranging compendium of Mexican connections across the Beat field. It should inspire scholars to examine in more depth a literary history too often chronicled in only the colourful but reductive terms of Beat biography."

"Calonne takes readers on a much-needed tour through the complex, often surprising relationship between the Beats and Mexico, offering insight after insight into numerous writers and their works—a book the size of the Pyramid of Kukulcán."
— Steven Belletto

"This erudite study gives a closely read account of that search for 'nostalgia and classical reference,' new shamanic forms of expression and vision-expanding experiences on newfound psychedelics. Through household names such as Ginsberg, and some less well-known men and women of the movement, David Stephen Calonne stitches together the influence of travels in Mexico on the imagination of the American counterculture."
— Guy Stevenson