Synchronized Society: Time and Control from Broadcasting to the Internet (Hardcover) 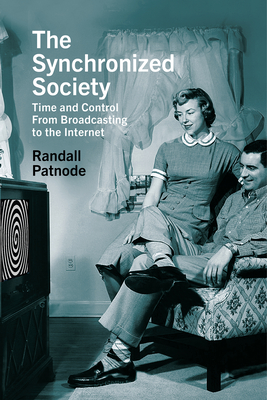 The Synchronized Society traces the history of the synchronous broadcast experience of the 20th century and the transition to the asynchronous media that dominate today. Broadcasting grew out of the latent desire by 19th century industrialists, political thinkers, and social reformers to tame an unruly society by controlling how people used their time. The idea manifested itself in the form of the broadcast schedule, a managed flow of information and entertainment that required audiences to be in a particular place – usually the home – at a particular time and helped to create “water cooler” moments, as audiences reflected on their shared media texts. Audiences began disconnecting from the broadcast schedule at the end of the 20th century, but promoters of social media and television services still kept audiences under control, replacing the schedule with surveillance of media use. Author Randall Patnode offers compelling new insights into the intermingled roles of broadcasting and industrial/post-industrial work and how Americans spend their time.

RANDALL PATNODE teaches about media, communication, and technology at Xavier University in Cincinnati.