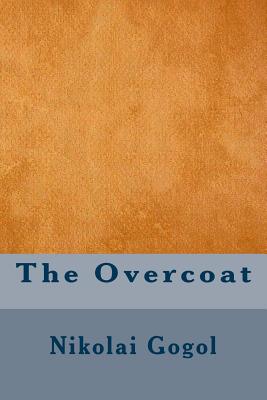 The Overcoat is a short story by author Nikolai Gogol, published in 1842. The story and its author have had great influence on Russian literature, thus spawning Fyodor Dostoyevsky's famous quote: "We all come out from Gogol's 'Overcoat'." The story has been adapted into a variety of stage and film interpretations The story centers on the life and death of Akaky Akakievich Bashmachkin, an impoverished government clerk and copyist in the Russian capital of St. Petersburg. Akaky is dedicated to his job as a titular councillor, taking special relish in the hand-copying of documents, though little recognized in his department for his hard work. Instead, the younger clerks tease him and attempt to distract him whenever they can. His threadbare overcoat is often the butt of their jokes. Akaky decides it is necessary to have the coat repaired, so he takes it to his tailor, Petrovich, who declares the coat irreparable, telling Akaky he must buy a new overcoat... Nikolai Vasilievich Gogol was a Ukrainian-born Russian dramatist, novelist and short story writer. Considered by his contemporaries one of the preeminent figures of the natural school of Russian literary realism, later critics have found in Gogol's work a fundamentally romantic sensibility, with strains of Surrealism and the grotesque (The Nose, Viy, The Overcoat, Nevsky Prospekt). His early works, such as Evenings on a Farm Near Dikanka, were influenced by his Ukrainian upbringing, Ukrainian culture and folklore. His later writing satirised political corruption in the Russian Empire (The Government Inspector, Dead Souls), leading to his eventual exile. The novel Taras Bulba and the play Marriage, along with the short stories Diary of a Madman, The Tale of How Ivan Ivanovich Quarreled with Ivan Nikiforovich, The Portrait and The Carriage, round out the tally of his best-known works.