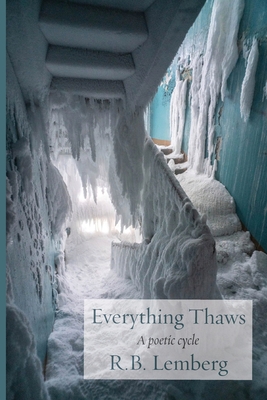 R.B. Lemberg's poems are a manifesto of memories, unearthing worlds that are gone and poignantly present: their childhood in the Soviet Union, suspended between Ukraine and the permafrost of Siberia, among the traumatized, silent, persecuted members of their Jewish family; Lemberg's coming of age in Israel, being the other wherever they go, both internally and externally, in multiple identities, languages, genders; and the arrival in "the lost land" of their America, where they have put down "tentative roots."

Every line in this stunning, lyrical memoir is chiseled with the poignant precision of ice into a coruscating cascade that engulfs us with the author's sensations of solitude, anger, grief; sometimes hurling like an avalanche, sometimes tenderly unfolding like constellations in a circumpolar sky - leaving open the possibility that with the disturbing truths covered for decades, the thawing permafrost from Lemberg's past might also lay bare layers of love.