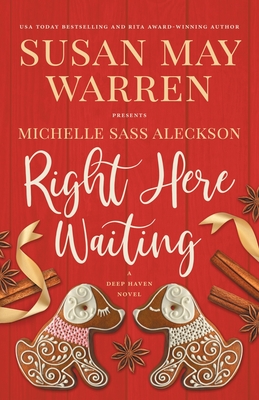 Can she belong in his world?

Sled dog musher and vlogger Nick Dahlquist has simple goals-teach outdoor survival, run the Iditarod...and chat with online friend, LadyJHawk. Sure, he's starting to like her more than he wants to admit, but has no capacity for an in-real-life relationship.

Chopper pilot Jae Washington has been an avid follower of Nick's DogQuest vlog since inheriting a military working dog. Now, his online friendship has made her wonder if he could be more than a friend.

Getting a job on Deep Haven's Crisis Response Team seems the perfect next step-so long as he doesn't think she's stalking him.

Nick is pretty sure petite Jae won't last a moment in the brutal cold-a fear he shares with LadyJHawk. Meanwhile, Jae decides to keep her avatar a secret until she can prove to Nick she's not a stalker. But as he trains her-and the chill between them begins to thaw-what if he discovers the truth she's hiding?

When a blizzard strikes, and the CRT is deployed, more than just their relationship is at risk...

Cozy up to this delightful twist on You've Got Mail set in the snowy escape of Deep Haven.