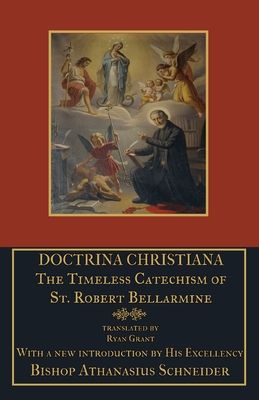 This catechism can be considered as a valid and effective catechetical tool for the work of the evangelization, a work which has to be realized with a new missionary zeal towards those who don't know the Catholic faith and as well towards those who know it defectively and insufficiently.May those who will read this catechism and those who will use it in the noble and meritorious work of teaching Christian doctrine, may be equipped with the sure and sacred doctrine of the Catholic faith, in order to stand, having their loins girt about with truth, and having on the breastplate of righteousness; and their feet shod with the preparation of the gospel of peace; above all, they shall take the shield of faith, wherewith they shall be able to quench all the fiery darts of the wicked (cf. Eph 6: 14-16). In this way they will be ready always to give an answer to every man that asks them the reason of their hope, with meekness and fear (cf. 1 Peter 3: 15-16).

-Bishop Athanasius Schneider, from the Foreword

For the first time, St. Robert Bellarmine's long Catechism, written in the form of a dialogue, has been made available in the English Language. This Catechism was composed by St. Robert Bellarmine in 1598 and received Papal approbation from several Popes, most notably Pope Clement VIII and one of the greatest theologians to ever sit on the throne of St. Peter, Pope Benedict XIV. It was translated into Latin for use throughout the Church and has run through a number of editions throughout the centuries. Being written as a dialogue, it goes beyond the rote memorization of other catechisms (including that of Baltimore) by giving a deep explanation of the teachings of the faith with comparisons and parables. What is wholesome about this Catechism is not only the soundness of its doctrine, but the warmth that a great theologian that was accustomed to dealing with complicated matters of theology descends to lovingly explain the basic truths of faith in a manner that average laity can easily understand. It is not for nothing that St. Robert was made the Patron of all Catechists