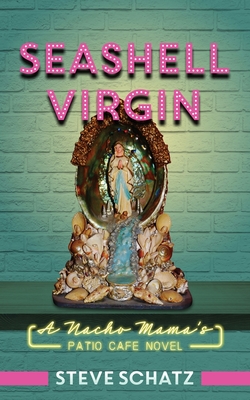 Homo Heroes vs Injana Politico Ponce Brothers. Fast paced fun. Touching and tawdry. Churchies, crooks, and rapscallions scheme to close our only gay bar, rape a forest, and get rich by twisting kids with a gay hating charter school. Break-ins, kidnapping, threats, blackmail, bondage, and the most spectacular drag show the world has ever seen thrill and delight you as the anti-heroes from Nacho Mama's Patio Cafe once more answer the call to set things straight, as it were.

A great read. Fast, funny, and funky. It's the third Nacho Mama's Patio Cafe book and all your favorites are back - TiaRa del Fuego, impresaria extraordinaire; Nacho Mama, the gruff restaurateur of uncertain gender with a penchant for muumuus and cigars, Aunt May, the sweet lil ol Southern belle with a thousand lurid stories of her sexual adventures; Foxy KitTan, entrepreneur and master of luxury; BB Singer, the anti-hero dropped in the midst of the mess, whose only desire is to escape unscathed with his latest treasure, an 18" statue of the Virgin Mary festooned with seashells; and so many more old n new fun and funky friends.

The villain is a plastic politico named Ponce (absolutely in NO way resembling any current politician) who looks like a model for the groom on a wedding cake, claims to be driven by gawd, and will do any nasty thing to get what he wants. His brother is much worse.

With the humor of Fletch, the wild adventures of Stephanie Plum, the tenderness of Le Cage, and the camaraderie of Tales of the City, Seashell Virgin highlights life of a band of middle-aged friends seeking to find a bit of joy in Magawatta, a tiny spot of blue in the very red state of Injana.

October 31 is the big release day. "This is the last one," said author Steve Schatz. "The characters have come to life and it's time to stop telling them what to do and let them get on with it, in their own private Magawatta, without my interference. October 5 is the day I turn 65, so it's my present to the world - both in and out of Magawatta. Stick a fork in me. I'm done."

The Nacho Mama books poke fun at this weird world in general and Indiana in particular. Southern Indiana, where the fictional Magawatta lies, was settled mostly by white folks from Kentucky. But Magawatta has a great big college, so it's a bit of blue in a sea of red.

Usta be, small town gays, particularly in the South, had to keep it on the way down low. Usta be, gay bars were often out of the way - down an alley, not well identified. But once inside, the place would open up to a grand and glorious gayateria. The bar was the only place that many of the people could feel free to be comfortable with who they were. While it's not so hidden any more, there is still a bit of that feeling of bars as a haven.

These books capture the friendship, the family, the dishing and gossip, but the underlying caring that went on in those bars. Throw in a bucket full of adventure and a few nasty stories by Aunt May, and you've got a read that is fun, fast, and, at times, touching.

So grab a cocktail or either half of one and journey back to Magawatta, Hoosier Daddy, and Nacho Mama's Patio Cafe. You're always welcome. And you'll be blessed by the Seashell Virgin.

Available in epub, print, and audiobook, read by the author.