A Past Life: As told by Brave Hawk (Paperback) 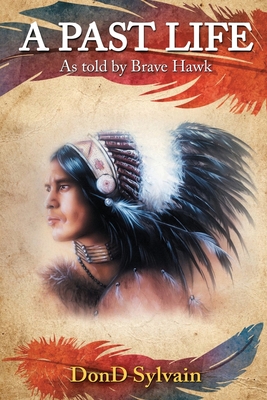 The day that a medium told Don the story of his past life as a boy named Brave Hawk, he thought the whole thing was nonsense. She explained that a Native American Chief by the name of White Cloud had come through to her to tell the story of Bird, a young boy who had stolen from the tribe. Bird was captured and eventually adopted into an Arapaho tribe in South Dakota, sometime in the eighteenth century. There he was given his new name: Brave Hawk.That night, a vivid and powerful dream changed Don's mind. In the dream, his spirit guide, Gonacheaw, came forth and compelled him to write a book about his past life. Bird grew up on a small farm southwest of Lake Michigan. Life on the farm was hard. When Bird was older, his father-in-law and brother decided to build a trading post, this is where he was eventually captured by the Arapaho.Bird soon became a part of their community. Beloved by the chief, Bird was made a part of the tribe and earned his new name through acts of bravery and survival under difficult circumstances.This is the story of his new life among his Native American family, a story of a past life that the author hopes will inspire everyone to open their minds to the miraculous nature of eternity.