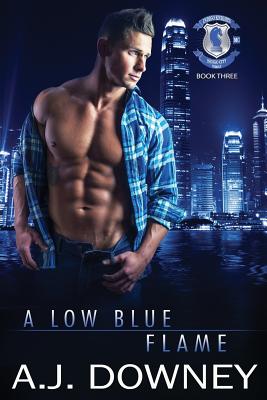 Lillian Banks' career took off like a house on fire and she's on top of the world. Great job that she loves, moved to a great city, into an opulent new condo, in one of the world's premier smart buildings no less; all she was missing was the kind of romance to set her soul aflame. She thought she'd found it but instead, found herself burned. Backdraft knows what it's like to get burned and not just by fire. His ex, Torri, did quite the number on him recently by banging one of his firehouse bros behind his back. He's sworn off love and dating altogether for the time being and is happier for it. He just wishes he could get the time he wasted with that crazy skank back again. Out of the ashes, an unlikely friendship is formed. Backdraft and Lilli could find themselves rising if only they can get past their hurts and give things a chance. Of course, lasting happiness is no guarantee, no matter how much they might burn for each other. After all, sometimes what was doesn't want to let go.