A Hit with a Bullet: A True Story of Corruption, Greed, and the Real Murder on Music Row (Paperback) 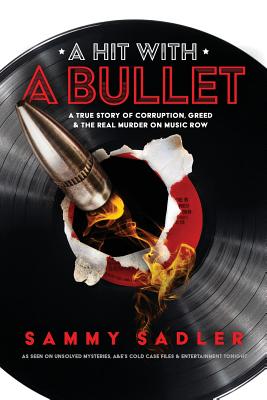 By Sammy Sadler
$19.95
Unavailable, Out of Stock, or Out of Print

The True Story of Murder on Music Row through the eyes of the sole survivor, Sammy Sadler.

"A story of survival. A story of revival. A story that had to be told. An incredible read that will keep you on the edge of your seat " - Country Music Star Deborah Allen

In 1989, country newcomer Sammy Sadler had already charted several critically-acclaimed singles and was ready to release his first album when he was shot during the assassination of then Cash Box chart-manager, Kevin Hughes, an incident known around the world as the "Murder on Music Row." The police had no suspects, and even though Sammy suffered a nearly fatal bullet wound, the officers kept him under suspicion during the 13-year investigation.

Eventually, the investigation would reveal an elaborate web of corruption, chart-rigging and payola, a clear motive and suspect for the murder. An ending that rocked the music industry for many years to come.

In this first-hand account, Sadler recounts his personal and sensational journey from wide-eyed, promising, Top-40 newcomer to "person of interest" and survivor of one of the most infamous killings in the music business. From his struggle to recover from his nearly-fatal injuries to the turmoil endured during the 13-year career-throttling investigation, this autobiographical account is a demonstration of his faith and his resilient passion for music that would allow him to move forward and continue to pursue his dreams.