335th Assault Helicopter Company: What We Did After The Vietnam War (Paperback) 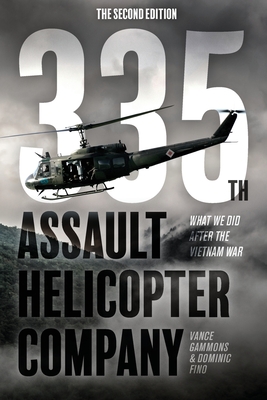 Vance Gammons was the Company Commander of the 335th Assault Helicopter Company in an era like no other: the Vietnam War. At the time, none of the Cowboys--as they were called then and today--knew what would become of their lives if they were lucky enough to survive their time in country. It wasn't until a 2017 Cowboy Reunion that Gammons suggested they document their experiences after the war in a sociological exercise that would become this book.

335th Assault Helicopter Company: What We Did After the Vietnam War is a collection of their biographies, overflowing with stories of life after Vietnam, varied accomplishments and downfalls, and a continued support for our enduring nation, all in the words of not-so-famous, ordinary men.