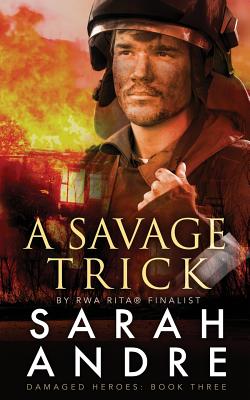 This is book number 3 in the Damaged Heroes series.

Highly decorated Chicago firefighter Trick Quinn is renowned for his charmed life. No victims have ever died on his watch, he cherishes his wife and daughters' love, and he even won the lottery the first time he bought a ticket. His luck disintegrates when he's accused of depraved acts, plunging him into disgrace. Every attempt to prove his innocence sucks him further into a warped nightmare that threatens his job, his freedom, and his family.

Dutiful Zamira Bey is at an unenviable crossroads: choosing between finding her happiness and restoring her Muslim family's honor. When the notoriously savage firefighter becomes a court-ordered client, the paradox between the honorable man and the allegations ignites her curiosity. Not only is her growing attraction unwelcome, but it threatens her career and guarantees community ostracism.

Bound by their common battles, Trick and Zamira fight to uncover the truth and protect their families, all while facing a growing vigilante threat in a city shaken by terror.