Before I Fall (Falling #1) (Paperback) 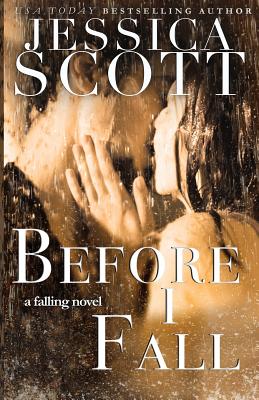 Stay focused.Get a job. Save her father's life.

Beth Lamont knows far too much about the harsh realities of life her gilded classmates have only read about in class. She'll do whatever it takes to care for her father, even if that means tutoring a guy like Noah - a guy who represents everything she hates about the war, soldiers and what the Army has done to her family.

Noah Warren doesn't know how to be a student. All he knows is war. But he's going to college now to fulfill a promise and he doesn't break his promises. Except he doesn't count on his tutor being drop dead gorgeous and distracting as hell. One look at Beth Lamont threatens to unravel the careful lies Noah has constructed around himself.

A simple arrangement turns into something neither of them can deny.

And a war that neither of them can forget could destroy them both.