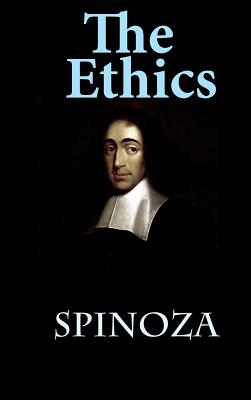 The book is perhaps the most ambitious attempt to apply the method of Euclid in philosophy. Spinoza puts forward a small number of definitions and axioms from which he attempts to derive hundreds of propositions and corollaries, such as "When the Mind imagines its own lack of power, it is saddened by it", "A free man thinks of nothing less than of death", and "The human Mind cannot be absolutely destroyed with the Body, but something of it remains which is eternal."

According to Spinoza, God is Nature and Nature is God. This is his Pantheism. In his previous book, Tractatus Theologico-Politicus, Spinoza discussed the inconsistencies that result when God is assumed to have human characteristics. In the third chapter of that book, he stated that the word "God" means the same as the word "Nature". He wrote: "Whether we say ... that all things happen according to the laws of nature, or are ordered by the decree and direction of God, we say the same thing." He later qualified this statement in his letter to Oldenburg by abjuring Materialism. Nature, to Spinoza, is a metaphysical Substance, not physical matter. In this posthumously published book Ethics, he equated God with nature by writing "God or Nature" four times."...For Spinoza, God or Nature--being one and the same thing-- is the whole, infinite, eternal, necessarily existing, active system of the universe within which absolutely everything exists. This is the fundamental principle of the Ethics..