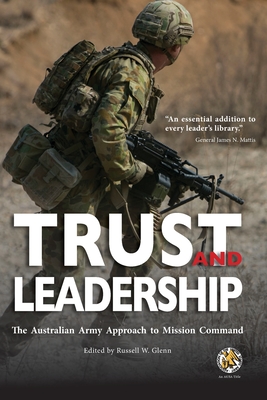 The global military conflicts of the 21st century revealed a need for new styles of command. TRUST AND LEADERSHIP depicts mission command's use in the Australian Army. Written by serving and retired military officers, this essay collection reveals how Australian mission command was applied during ten global conflicts during the last century, from the Australian Imperial Forces to the 2015 Army Combat Brigade. A foreword by LTG (Ret.) L. D. Holder begin this collection.

TRUST AND LEADERSHIP is an official AUSA Book Program title.