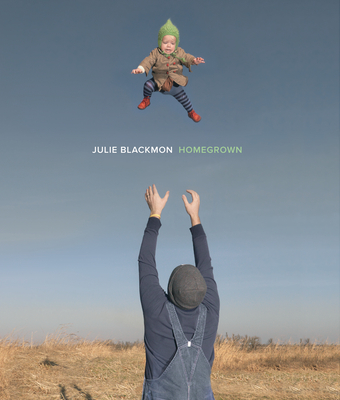 By Julie Blackmon (Artist), Billy Collins (Foreword by), Reese Witherspoon (Contribution by)
$55.00
Unavailable, Out of Stock, or Out of Print

Julie Blackmon has transfixed the contemporary art world with images of her children, nieces, nephews and friends (and their children). As the oldest of nine children herself, Blackmon has always been fascinated by family life, and her photographs are crammed with children and adults, everyday objects, toys and playthings. The subjects in the distance are often as fascinating as those highlighted in the foreground, and even the figures barely visible, hidden behind doors or windows, add a sometimes sinister, always intriguing element to the scene. Following the success of the bestselling volume Domestic Variations (2009), Homegrown shows how Blackmon's style has evolved, as she continues to capture the tensions between the harmony and disarray of domestic life. Though her photographs continue to be undeniably contemporary, references to classic painting and portraiture can be detected: the influence of seventeenth-century Dutch painter Jan Steen mixes with more contemporary figures, such as Balthus, Edward Gorey, Tim Burton and Federico Fellini. Included in this new volume are 45 works made from 2009-2014, along with an introduction by renowned poet Billy Collins and an interview by the actress Reese Witherspoon. Julie Blackmon (born 1966) is a Missouri-based photographer who has amassed many honors since beginning her career just a few years ago. Her work has appeared in such publications as The New York Times Magazine, The New Yorker and Vanity Fair, and can be found in the collections of the Kemper Museum of Art in Kansas City, the Toledo Museum of Art, the Portland Museum of Art in Oregon and the Museum of Fine Arts in Houston, among others.