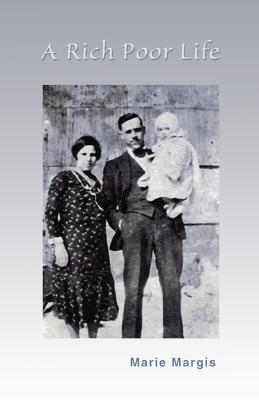 Set in rural eastern Ontario from the 1940s to the '60s, these stories capture a time that will never be seen again. A mother of thirteen children lies dying after a botched, backstreet abortion. She begs her husband, "Promise me you'll keep them all together." Through dire poverty and numerous moves from farmhouse to farmhouse, a new wife and eight more children, Pop keeps his promise.

Marie Margis has long been engaged in a high-energized life of learning and helping others, especially children. In her twenties, Marie was a secretary; she also taught ballroom dancing. Working six days a week, she earned enough money to travel Europe for four months and explore her family roots in Italy. Marie has been joyfully married to her husband Al for forty-seven years and is the mother of three loving, open-minded daughters, Adele, Michele and Samantha, and four grandchildren, with one more on the way. After marriage, Marie decided to be a stay-at-home mother. She taught her children simple math and how to read by age three, which allowed them to go from kindergarten straight into grade two. At the same time, she learned cake decorating and continued to earn an income from her home-based business. Helping children and teenagers has been a running theme in Marie's life. She and Al fostered forty-one teenagers, many of whom looked to them as their parents and said it was the first time they felt part of a family. Over the years, Marie's volunteerism has been exemplary. The list of organizations she has worked for includes: the Canadian Centre for Victims of Torture, the Bob Rumball Centre for the Deaf, Meals on Wheels and Amnesty International. Marie taught single mothers on welfare how to budget their money, she learned American Sign Language on her own to work with the deaf, and got involved in the democratic process and became part of numerous political campaigns. Twenty-three years ago, Marie volunteered for CultureLink, an organization dedicated to helping integrate newcomers into Canadian society and become fully independent participants in the community. That led to work with CultureLink for the next twenty-two years in various positions. She still works one day a week for CultureLink. In between work and volunteering, Marie learned the art of calligraphy, took watercolour painting classes, engaged in a self-defence course and, at sixty-three, learned to swim. When Marie wanted to document her family's history, she enrolled in a writing course at George Brown College and learned to write. Marie still volunteers, engages in lifelong self-improvement programs, dabbles in numerous hobbies and remains deeply involved in the lives of her grandchildren. Marie and Al live in Toronto, but can often be found at their cottage on weekends.