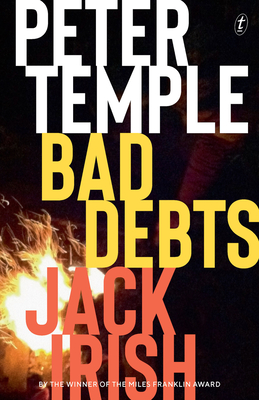 The first novel in the iconic Jack Irish series, Bad Debts was originally published in 1996 and won the Ned Kelly Award for Best First Novel. When Jack receives a puzzling message from a jailed ex-client he's too deep in misery over Fitzroy's latest loss to take much notice. Next thing Jack knows, the ex-client's dead and he's been drawn into a life-threatening investigation involving high-level corruption, dark sexual secrets, shonky property deals, and murder. With hitmen after him, shady ex-policemen at every turn, and the body count rising, Jack needs to find out what's going on--and fast.

Peter Temple wrote nine novels, including the four in the Jack Irish series. He won the Ned Kelly Award for Crime Fiction five times, and his widely acclaimed novels have been published in 20 countries. The Broken Shore won the UK's prestigious Duncan Lawrie Dagger for the best crime novel of 2007. Truth won the 2010 Miles Franklin Literary Award, the first time a crime writer won an award of this calibre anywhere in the world.