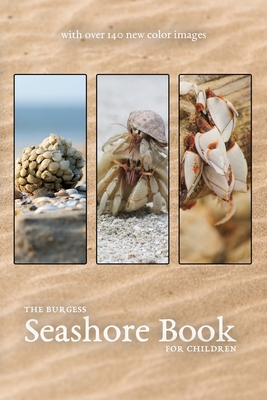 When Danny Meadow Mouse boards a plane he has no idea that he'll end up at the seashore, a land full of new and fascinating things to discover. Along with the way he meets some relatives of old friends, as well as one ones, like Greywing the Gull, who teach him all about the inhabitants of this incredible new world.

Since its release in 1929, the Burgess Seashore Book for Children has delighted readers of all ages. This new release presents the original text, complete and unabridged, along with over 140 new color images allowing the reader to get closer to the subject than ever before. Also included are the updated scientific names of the plants and animals described.

This book is perfect for anyone looking to learn more about the seashore and the animals that live there. Watch for the other books in the Burgess series, also full of new color images, only from Living Book Press.