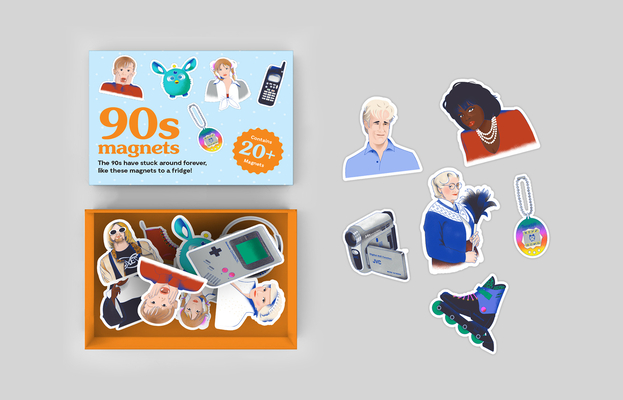 By Niki Fisher (Illustrator)
$12.95
Unavailable, Out of Stock, or Out of Print

These wicked magnets are a throwback to iconic characters, celebrities, technology and ephemera of the 90s.

The 90s - inarguably - were the coolest decade in recorded human history. T'was a simpler time, before the so-called "influencer" generation from which we now recoil in horror. It's probably safest that we all just wait out this decade by placating our own 90s nostalgia, which is exactly what these magnets provide!

Niki Fisher is a graphic designer living in the skiing hub of Jindabyne, Australia. Her illustrations have appeared in Monocle Magazine, Oyster Magazine, Lonely Planet compendiums, and elsewhere. Niki is also the illustrator of 90's Bingo and Bowie Bingo, released by Smith Street Gift in 2020.