A Cat Among the McIvers (Paperback) 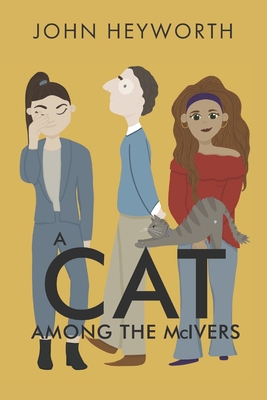 A pet robot, an ambitious wife and a wild, free-spirited artist-was this too much for Michael McIver to handle? Set in the polarizing web of educational institutions in Australia, Michael worked at a local university as an IT technician where he enjoyed helping his academic colleagues with their computer problems. He aimed to please. And he wanted to please his wife too. That wasn't easy. .After twelve years of married life in Melbourne, Melissa had persuaded Michael that they should move to Perth, Western Australia to rejuvenate their lives. Michael wanted to be a father. 'But not yet Michael, ' she told him. Michael accepted this passively; he knew that Melissa McIver was an ambitious educator who dreamt of becoming a principal in her own school. She believed that having children of her own would cramp her style. To please her, Michael took up a hobby instead; robotics. If this was a substitute for fatherhood, then it did keep Michael busy and happy for a time-until Julieta Venturi, a free-spirited artist and academic lecturer disrupted his simple life. Melissa uncovered a betrayal and Michael was caught between one's fury and another's lack of commitment. This is a story of how Melissa's eventual forgiveness enabled Michael to find true love.