How to Improve Australia's Democracy: Breaking the Vicious Cycle! (Paperback) 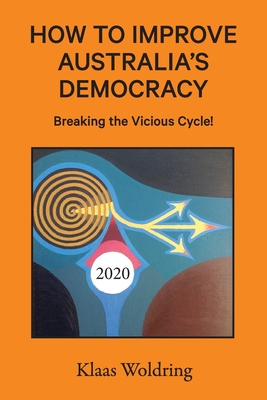 Klaas Woldring is a migrant from the Netherlands who migrated first to South Africa with his wife Aafke in 1959. The couple re-migrated to Australia in mid-1964. The Apartheid experience resulted in further part-time study in Government and Economics and an academic career in Australia. This book deals with the causes of the decline of trust in politicians and the growing criticism of Australia's adversarial political system. Furthermore, it suggests remedies with a view to improve Australia's democracy. Australia's governance systems no longer serve democratic values well but conservatism in both major parties are hindering long overdue renewals. The two-party system works like a vicious circle that blocks progress. Woldring proposes that Proportional Representation - Party List would be a much more democratic electoral system now for Australia than the Single Member District system; also that Federation has had its best days and is well beyond fixing through minor reforms. It should be replaced with a unitary system shaped to achieve effective decentralisation, strengthen local government and regional cooperation.

The Coronavirus pandemic crisis has unexpectedly forced Australia to seek national solutions for a specific health threat to the nation. This could be a prelude to seeking other national solutions and overcoming the oppositionist cultures that have damaged democracy. Given the desire for a Republic Woldring also links democratic constitutional changes to the question: What kind of Republic do Australians really want?