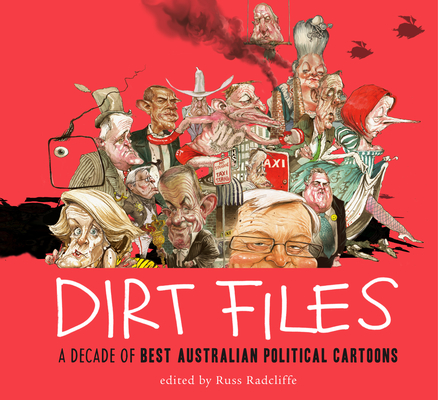 'Political cartoons provide a kind of relief that makes the democratic process bearable. But, at their most effective, they are capable of great and penetrating insight. The liberating burst of laughter they provoke strips away the decrepit language of political spin and confronts us with a little moment of truth. As such, they are a kind of ephemeral icon, curling and yellowing on fridges and noticeboards where, I like to think, they give expression to our better impulses, our better selves.'

Based on the bestselling annual Best Australian Political Cartoons series, Dirt Files features over 400 of the finest political cartoons to have appeared in Australia from 2003 to 2012, and provides a vivid collective account of a particularly fractious decade.

Dirt Files doesn't just focus on the Canberra soap opera. It also interprets the key political moments and themes that have played out over the past ten years -- such as war, globalisation, climate change, the rise of China and changes in the economy, the history wars and the apology to Aborigines, and the treatment of asylum-seekers -- and provides a reflection on Australian identity.

Containing many cartoons that have never been published in BAPC, and others that are produced in colour here for the first time, Dirt Files is a collection like no other. Brilliantly witty, and always insightful, it is essential reading for every Australian.