Seventeenth-Century Water Gardens and the Birth of Modern Scientific Thought in Oxford: The Case of Hanwell Castle (Paperback) 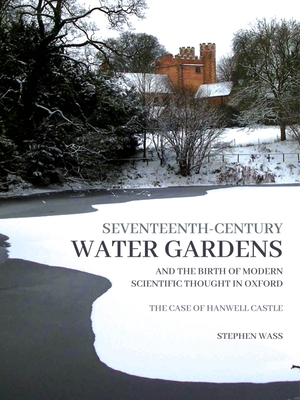 Based on a decade of archaeological investigation and historical research, this book tells the story of the Copes of Hanwell Castle in north Oxfordshire and the creation of a garden with links to the development of scientific thinking in Oxford in the late seventeenth century. New research using Robert Plot's Natural History of Oxfordshire as a starting point has uncovered details of a remarkable family and their rise and tragic downfall, their social circle, that included some great names in the development of early scientific thinking, and their garden that in effect became a place dedicated to the wonders of technology.

The complex tale weaves together the activities of a royalist agent, Richard Allestree, a prodigious musician, Thomas Baltzar, John Claridge, a Hanwell Shepherd with a penchant for weather forecasting, and Sir Anthony Cope who in an atmosphere of secrecy and distrust began to gather together a community that eventually was named by Plot as The New Atlantis, a reference to a book published earlier in the century by Sir Francis Bacon in which he suggests a model for a Utopian science-focused society.

The book also chronicles the program of archaeological excavation that has uncovered several unusual garden features and, most significantly of all, describes in detail the unique collection of seventeenth-century terracotta garden urns, an assemblage that is unparalleled in post-medieval archaeology. This collection was destroyed in a single episode of vandalism around 1675 and has been preserved in deeply buried deposits of mud and silt. Their analysis and reconstruction is opening new insights into the decorative schemes of seventeenth-century gardens. There is coverage of other gardens of the period and their surviving features as well as an examination of early science and how gardens impacted on its development in many ways.