Jacob the Ripper: The Case Against Jacob Levy (Hardcover) 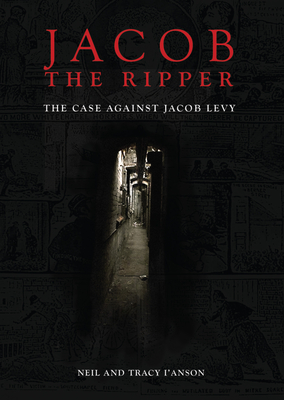 When playing the game of Name the Ripper, many authors start with a suspect and attempt to make them fit the facts; some can't even be proved to be in London at the time of the murders. What is required is an ordinary man local to the East End; a man who suffered mental illness, and was known to prowl the streets at night. A man with vast experience of wielding a knife in his place of work, and who had family ties to Wentworth Model Dwellings, where the only clue ever left by the killer - a bloodied portion of apron - was discovered. A man whose admission to a lunatic asylum coincided with the cessaton of the Whitechapel murders. A man like Jacob Levy. Jacob Levy came to the attention of researchers Neil and Tracy I'Anson many years ago. Their continuing research has brought new evidence to light; sifting through hundreds, if not thousands, of pages of information from various research facilities they came across new undiscovered facts that strengthened their theory, and helped piece together the life of Jacob Levy, including the startling fact that their suspect was a first cousin of Joseph Hyam Levy, the witness at Mitre Square who appeared to be shocked when spotting a man with a woman who was later identified as victim Catherine Eddowes; The Evening News reported that Mr Levy is absolutely obstinate and refuses to give the slightest information and he leaves one to infer that he knows something but that he is afraid to be called on the inquest. Jacob the Ripper goes some way to explaining the movements of the Whitechapel murderer, the graffiti at Goulston Street, the actions of the police, the 'Lipski' link, and ultimately what happened to the murderer.

NEIL I'ANSON was born under the sign of Aries in a little village in Yorkshire. He was just five when his father died and the family moved to north east England, where he now resides. Neil's desire when he was a teenager was to become an archaeologist but he couldn't spell it, so he became a butcher instead, working in the meat industry for five years before entering the retail management field. Neil has been married since he was 21 and has two children and two grandchildren. Since his retirement he has loved walking around the countryside with his dog. His interests are gardening, sport and anything to do with history, be it family or social (he's just plain nosy). His greatest love is his family. TRACY I'ANSON was born in the late 1970s and admits she is the perfect example of a Gemini - never being able to stick to one project at a time. Her love of history and true crime begn at an early age, spending many nights with her father Neil discussing historical crimes, and her interest in genealogical research was stimulated by her own family tree which has now been traced back to the 14th century. She admits she is lucky to love the job she has, managing a pub that also includes giving tours round Camerons brewery, to which the pub is attached. In guiding visitors around the brewery explaining how it works as well as describing its history, Tracy gets to incorporate her two loves in life - history and beer.