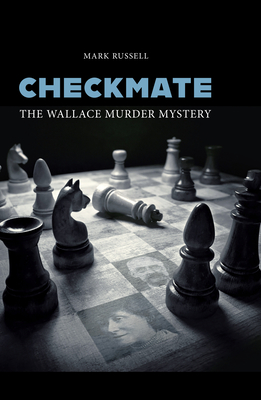 On 19th January 1931 a telephone message was left for Mr William Wallace at the Liverpool Central Chess Club, of which he was a member. It involved an appointment with a possible business client for the insurance collector, and instructed him to call at 25 Menlove Gardens East at 7.30pm the following evening. On the 20th Wallace duly left his home in Anfield at around 6.45pm and took three trams to Allerton. After searching the Menlove area for some time and asking several people for directions, it appeared that there was a North, South and West, but no East. Wallace returned home to find his 69-year-old wife Julia brutally murdered in the front parlour of their home in Wolverton Street. Despite consistently denying any involvement, William Wallace was tried and convicted of his wife's murder, only for the verdict to be overturned by the Court of Criminal Appeal - the first time in British legal history that an appeal had been allowed after re-examination of evidence. The question therefore still remains: who killed Julia Wallace on that cold January night in 1931? Published to mark the 90th anniversary of the murder, Checkmate dispels several of the myths and inaccuracies that have surrounded the case for decades.

Liverpool author and historian Mark Russell has a personal connection with the case: his grandparents knew both William and Julia Wallace, and were clients of Wallace's on his collection round. His great-aunt, obsessed with the case, attended every day of the trial of William Wallace.