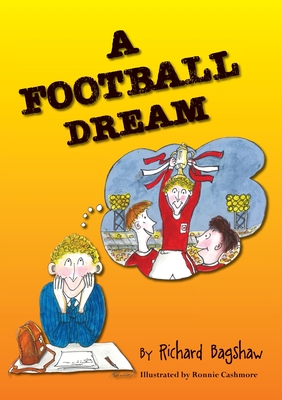 Do you have a dream?

Billy Biggs is a nine-year-old boy who has a dream. He wants to play for his favourite football team, and to score the winning goal for England in the World Cup Final.

Every night he lies on his bed, closes his eyes, and imagines his dream coming true. But Billy soon discovers that there is more to achieving a dream than just imagining. It takes hard work. After an unsuccessful debut for his school football team, the football posters on Billy's wall magically come to life and advise him to practise, practise, practise. So he practises like never before. Then he meets a mysterious man with the skills of all the greatest footballers combined, who agrees to teach Billy everything he knows.

Will this be enough to help him achieve his dream?

Join Billy in this heart-warming story, where he discovers that with hard work dreams really can come true.

Never let anybody take that confidence away from you.

Confidence is ninety per cent of achieving anything.

Roberto Di Luga, a player on one of the football posters on Billy's wall.