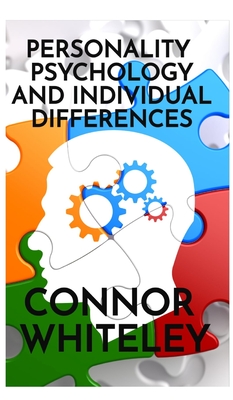 This is book number 4 in the Introductory series.

If you want to learn about personality psychology, this is the book for you

Our personalities affect us in lots of interesting ways and they cause a lot of great behaviours. Making them extremely important to study.

This great, easy-to-understand book is the perfect guide to personality psychology and most of all its fun, packed full of great examples that relate the facts to everyday life

This is NOT a boring university textbook.

Part One: Introduction to Personality Psychology

Classifying Traits, Eysenck and The Lexical Approach to Personality

Five Factor Model of Personality and 'The Big Five'

Part Two: The Biological Basis, Genetic and Environmental influences on Personality and Development and Stability of Personality

Biological basis of Personality: The Ancient, Modern and Neurotransmitters

Developmental Changes and Stability of Personality

Introduction to Genetic and Environmental Influences on Personality

Genetic and Environmental Influences on Personality

Effects of Unique and Shared Environments and The Difficulties of Inheritability

Introduction and Theories of Intelligence

Developmental Changes and Stability of Intelligence

Introduction to Politics and Personality

Dual Process Model of Ideologies and Prejudice, Attitudes and Personality, and Attitudes and Behaviours Towards Non-Human Outgroups

Personality, Self-Control, The Dark Triad and Other Life Outcomes