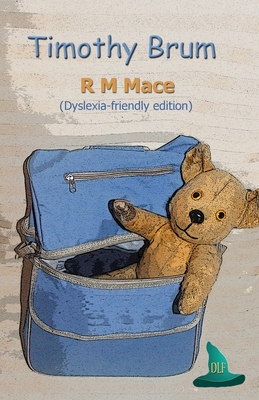 New research has demonstrated that a simple text manipulation can reduce the phenomenon known as migration (letters or words seeming to move) and lead to improved comprehension when reading narrative text for students with delayed-visual-disengagement dyslexia. In the research, when students read aloud from this adjusted text, compared to normal text, they made fewer mispronunciations, fewer omissions, fewer substitutions, and fewer migrations and thus scored higher on standardised tests of comprehension. Crossbridge Books is the first publisher to publish books using this adjusted text.

Timothy Brum (Dyslexia-friendly edition) is published in this format. The content is suitable for young adult aged 14 upwards who struggle to read conventional text. Although fiction, the story is based on true accounts from children who have lived on the streets of English cities in this century. Timothy's parents lost him in the city of Birmingham when he was just three years old. He was then lost in the computer system for tracking children who have been found. The care system then lost him again when he ran away from the children's home. He was found by a homeless man living on the streets of London. His parents never gave up believing that one day they would find him.

The narrative is uniquely written from the perspective of each of the characters as the tale unfolds.