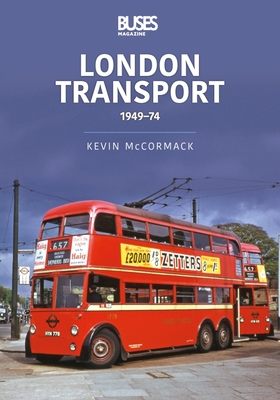 By Kevin McCormack
$24.95
Unavailable, Out of Stock, or Out of Print

London Transport was formed in 1933 to bring together all the public transport operations (except national railways) that served the capital, the suburbs and the surrounding countryside. Previously, these had been in the hands of a myriad of operators, some more dependable than others. Containing some 120 color photographs, including rare images from the postwar period, and detailed captions, this album shows the transition from prewar standards, which initially continued after the Second World War, to the modernization that was essential to encourage continued use of London's transport systems by the public in the face of increasing car ownership. Rekindling memories of the postwar period, this nostalgic color portrait looks at London Transport's buses, trolleybuses, trams and underground trains (both surface and tube stock) operating between 1949 and 1974.