The Wisdom of Life; & Counsels and Maxims (Paperback) 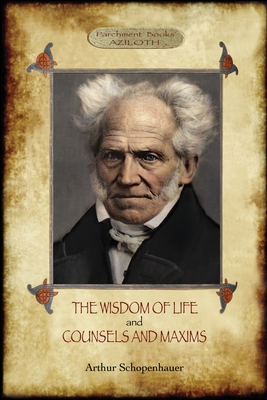 One of nineteenth century's greatest philosophers, Arthur Schopenhauer made his mark by a fearless insistence on addressing realities rather than abstract ideas, an approach which invited as much heated criticism as it did respect. In The Wisdom of Life and Counsels and Maxims, Schopenhauer discusses a range of topics - among them, possessions, reputation, sexual passions and religion - and presents a stark analysis of the human condition before offering an equally bold solution to optimise happiness. His pragmatic approach is based on his concept of a force in nature he calls "will" which he sees as the fundamental reality of the world. This blind, irrational imperative continually struggles to realise itself and in so doing the organism evolves, producing - in the case of man - self-aware intelligence by which Will became conscious of itself. Unfortunately for human happiness, Will is forever manifesting as desires and its relentless drive more often than not brings pain. The only way for a wise man to achieve relief from such suffering, argues Schopenhauer, is for him to renounce the impulses of the Will and thereby control its negative influence over his wellbeing. These are two provocative works, made all the more readable by Schopenhauer's pungent wit and animated style.
Aziloth Books' edition of The Wisdom of Life and Counsels and Maxims includes a lucid appraisal of Schopenhauer's philosophy by translator T. Bailey Saunders.