Whitney Houston: The Greatest Love of All (Hardcover) 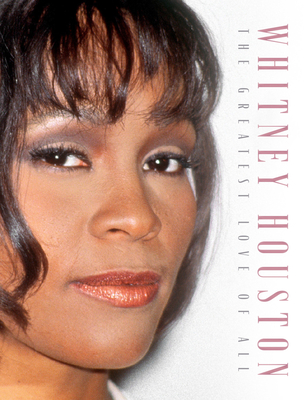 Whitney Houston was certified as the most awarded female artist of all time by Guinness World Records and sold over 200 million records worldwide. Houston released seven studio albums and two soundtrack albums and is regarded as one of the greatest artists and female vocalists of all time. She signed Arista Records at the age of 19. Her first two studio albums, Whitney Houston (1985) and Whitney (1987), reached number one on the Billboard 200, and are among the best-selling albums of all time. She is the only artist to have seven consecutive number-one singles on the Billboard Hot 100 chart, from "Saving All My Love for You" in 1985 to "Where Do Broken Hearts Go" in 1988.  Houston made her acting debut in The Bodyguard (1992). She recorded six songs for the film's soundtrack, including "I Will Always Love You", which won the Grammy Award for Record of the Year and became the best-selling physical single by a woman in music history. Houston renewed her contract with Arista for $100 million in 1999. However, her personal struggles received widespread media coverage, and on February 11, 2012, Houston was found dead at the Beverly Hilton. This is her story.