The Glass Half-Empty: Debunking the Myth of Progress in the Twenty-First Century (Paperback) 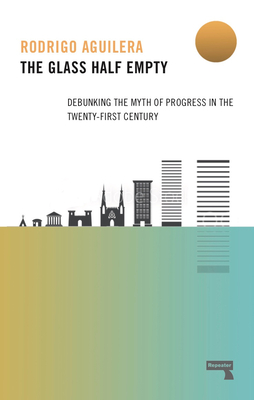 Is the world really getting so much better? Rodrigo Aguilera argues that, despite what some say about "progress" in the twenty-first century, we are still falling far short of where we could be.

Despite the doom and gloom of financial crises, global terrorism, climate collapse, and the rise of the far-right, a number of leading intellectuals (Steven Pinker, Hans Rosling, Johan Norberg, and Matt Ridley, among others) have been arguing in recent years that the world is getting better and better. But this "progress narrative" is little more than a very conservative defence of the capitalist status quo.

At a time when liberal democracy appears incapable of stemming the tide of the far-right populism, and when laissez-faire capitalism is ill-equipped to deal with socio-economic problems like climate change, inequality, and the future of work, the real advocates of progress are those willing to challenge these established paradigms.

The Glass Half-Empty argues that, without criticising the systems of capitalism, the changes needed to make a better world will always fall short of our expectations. The "progress narrative" needs to be challenged before we stumble into a potentially catastrophic future, despite having the means to build a truly better world.

Rodrigo Aguilera is a Mexican-born, London-based economist who has worked for Chatham House and the Economist Intelligence Unit. His writing has appeared in the Huffington Post, where had a regular column, and on blog of the London School of Economics.