Nietzsche in Turin: The End of the Future (Paperback) 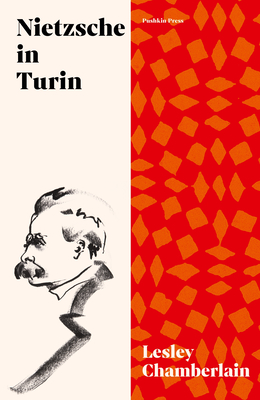 In 1888, philosopher Friedrich Nietzsche moved to Turin. This would be the year in which he wrote three of his greatest works: Twilight of the Idols, The Antichrist, and Ecce Homo; it would also be his last year of writing. He suffered a debilitating nervous breakdown in the first days of the following year.

In this probing, elegant biography of that pivotal year, Lesley Chamberlain undoes popular clichés and misconceptions about Nietzsche by offering a deeply complex approach to his character and work.

Focusing as much on Nietzsche's daily habits, anxieties and insecurities as on the development of his philosophy, Nietzsche in Turin offers a uniquely lively portrait of the great thinker, and of the furiously productive days that preceded his decline.

Lesley Chamberlain is a British writer and critic who has written extensively on German and Russian literature, food and travel. Her published books include The Philosophy Steamer: Lenin and the Exile of the Intelligentsia, The Secret Artist: A Close Reading of Sigmund Freud and Motherland: a Philosophical History of Russia. Rilke: The Last Inward Man is also available from Pushkin Press.