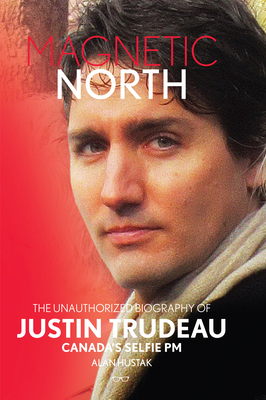 By Alan Hustak
$21.99
Unavailable, Out of Stock, or Out of Print

Literary Nonfiction. History & Politics. Justin Trudeau: scion of political royalty, privileged member of the 'Canadian Kennedy' dynasty, neglected son of difficult parents, actor, hot-tempered young delegate, selfie-taker, and possibly the world's most popular and telegenic leader. This thrilling book traces the remarkable rise of Justin Trudeau to become a desired and admired worldleader in the grim age of Trump and Twitter. Trudeau manages to stay on good terms with The Donald while pushing through major reforms inCanada and remaining adored by fans abroad and at home. How doeshe do it? The secret may be in his backstory: Trudeau's political identity depends on his upbringing. Alan Hustak has been granted unprecedented access from friends and relatives of both Pierre and the young Justin Trudeau. Exposing Trudeau's childhood spentwith a cold father, his experiences acting and teaching in Vancouver, and his eventual acceptance that his destiny lay in politics, Hustak weighs up the man against the objectified myth, and analyzes the evidence for Trudeau's sincerity, honesty anddedication to change. Is Trudeau truly the herald of a better kind of politics--or is this progressive agendajust a people-pleasing mask?