The Greatest Policeman?: A Biography of Capt Athelstan Popkess (Hardcover) 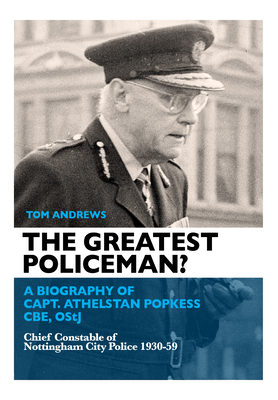 Could it be possible that just one man is responsible for modernising the British Police service and transforming it from its Victorian era, firmly rooted in 'Beat' policing, to today's highly-mobile responsive model? If there is a candidate for such an accolade then it is to be Capt Athelstan Popkess, Chief Constable of Nottingham City Police from 1930 to 1959. Tom Andrews makes a strong case that the man who sounds like a character from a Rudyard Kipling novel and who had no prior policing experience before commencing his post transformed the whole operating model of the Police service. He is credited with the introduction of police wireless communications, enhanced police use of forensics and the burglar alarm, amongst myriad others. With first-hand accounts and thorough research, this book explores just what it was that made this man possibly the Twentieth century's Greatest Policeman.

Tom Andrews is a police historian, having formerly served with the Nottinghamshire Constabulary.