A Utopia Like Any Other: Inside the Swedish Model (Paperback) 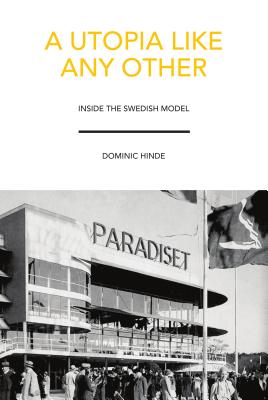 By Dominic Hinde
$14.95
Unavailable, Out of Stock, or Out of Print

Does a utopia really exist within northern Europe?
Do we have anything to learn from it if it does?
And what makes a nation worthy of admiration, anyway?

Since the ’30s, when the world was wowed by the Stockholm Exhibition, to most people Sweden has meant clean lines, good public housing, and a Social Democratic government. More recently the Swedes have been lauded for their environmental credentials, their aspirational free schools, and their hardy economy. But what’s the truth of the Swedish model? Is modern Sweden really that much better than rest of Europe?

In this insightful exploration of where Sweden has been, where it’s going, and what the rest of us can learn from its journey, journalist Dominic Hinde explores the truth behind the myth of a Swedish Utopia. In his quest for answers he travels the length of the country and further, enjoying July sunshine on the island of Gotland with the cream of Swedish politics for ‘Almedalan Week’, venturing into the Arctic Circle to visit a town about to be swallowed up by the very mine it exists to serve, and even taking a trip to Shanghai to take in the suburban Chinese interpretation of Scandinavia, ‘Sweden Town’, a Nordic city in miniature in the smog of China’s largest city.

Dominic Hinde holds an undergraduate degree in German and Scandinavian Studies and a Masters by Research from the University of Edinburgh on environmental narratives in Sweden. He also work as a professional literary translator and freelance journalist, writing about Scotland in Sweden and the Scandinavian countries internationally.