Crossover the Edge: Where Hardcore, Punk And Metal Collide (Paperback) 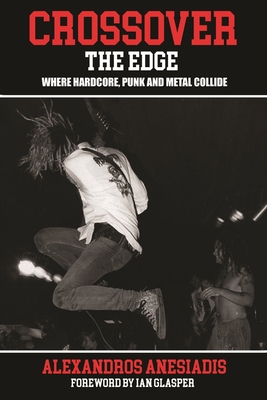 By Alexandros Anesiadis, Ian Glasper (Foreword by)
$27.95
Unavailable, Out of Stock, or Out of Print

During the 1980s, a time of conflict among alternative and increasingly tribal musical subcultures, an interesting compromise began to take form in the hardcore, punk and metal worlds. Blending the musical and visual elements of all three, this scene within several scenes came to be known as Crossover. Pulling together bands from diverse subcultural backgrounds (including the Skinhead, Oi and Anarcho scenes) to create a unique fusion whose appeal reached out to a large proportion of each of their fans, the movement was nevertheless overlooked by purists from each side. But inarguably, Crossover (or "Speedcore" as some came to call it), lent a fresh air to a metal scene at risk of stagnation, and brought a welcome atmosphere of experimentation to punk rock. Crossover The Edge contains in-depth features on over 100 key bands from the scene’s 1980s heyday, including Agnostic Front, Cro Mags, Crumbsuckers, Leeway, Gang Green, Nuclear Assault, Lethal Aggression, D.R.I., Corrosion of Conformity, Impulse Manslaughter, Verbal Abuse, Attitude Adjustment, Suicidal Tendencies, Excel, Beowulf, Dr. Know, Septic Death, Cryptic Slaughter, Accused, Dayglo Abortions, Discharge, Broken Bones, English Dogs, Sacrilege, Warfare, Raw Power, Rumble Militia, Lobotomia, Overkill L.A., Mentors, Void and Amebix. Another 500 bands are also featured briefly.

Alexandros Anesiadis is on his final year of PhD in Media and Arts, and describes himself as a "maniac record collector” (with a collection of over 8.000 records). Ian Glasper is the author of The Day the Country Died and Burning Britain.