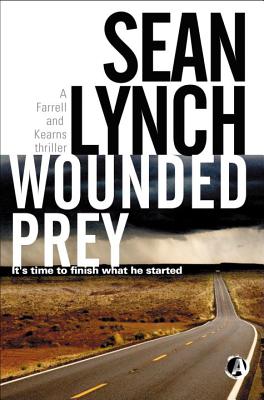 “It’s time to finish what he started…”

A young girl is snatched in broad daylight from outside her school and later found brutally murdered and hanging from a tree.

When recently retired San Francisco Police Inspector, Bob Farrell, sees this on the news, he realises his worst nightmare has just come true. The same brutal killer a government agency stopped him from putting away twenty years before is once more on the loose.

As the killer wreaks a trail of blood and destruction across North America, Bob Farrell sets out to track him down.

But Farrell’s not playing by the rules any more than the killer is, and soon the FBI have both of them in their sights…

Sean Lynch was born and raised in Iowa, in a Civil War-era brick farmhouse restored by his family. When not outdoors shooting his BB guns, Sean could be found reading crime and science fiction, paranormal and military non-fiction, and trying to persuade his parents to let him stay up past bedtime to watch the late-show creature feature. After high school, Sean obtained a Bachelor of Sciences degree and served in the U.S. Army as an enlisted Infantryman. He migrated to Northern California.

"With Wounded Prey, Sean Lynch delivers a hell for leather, wild ride of a debut with the "been there done that" authenticity that lifts it above other thrillers. I just added Farrell and Kearns to my short-list of favourite characters, and Vernon Slocum to my worst nightmares! Think First Blood meets No Country For Old Men."
-Matt Hilton, author of the Joe Hunter series

"While redemption is the biggest theme of the novel, the author also deftly explores the inner workings of a very, very sick mind, and what made Slocum what he is. Be prepared to go to the darkside in this harrowing, fast-paced thriller."
-Kristin, CriminalElement