Private Dowding: The Personal Story of a Soldier Killed in Battle (Paperback) 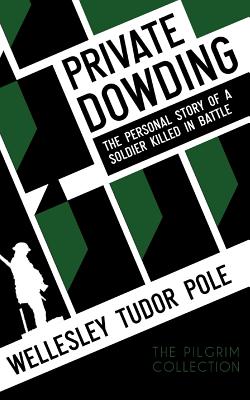 Private Thomas Dowding, a 37-year-old British soldier, was killed on the battlefield in WWI. On March 12, 1917, he began communicating through the mediumship of Wellesley Tudor Pole. After floundering in the ethers, not even realizing he was dead for a time, as time goes on that side, he was met by his brother, William, who had died three years earlier, and began his orientation. "Hell is a thought region," Thomas Dowding communicated on March 17, 1917. "Evil dwells there and works out its purposes. The forces used to hold mankind down in the darkness of ignorance are generated in hell It is not a place; it is a condition. The human race has created the condition." Those who enter it are led to believe that the only realities are the sense passions and the beliefs of the human 'I'. This hell consists in believing the unreal to be real. It consists in the lure of the senses without the possibility of gratifying them...Hell, apparently, or that part of it we are speaking about, depends for its existence on human thoughts and feelings." Purgatory and hell, Dowding learned, are different states. He was in purgatory. "We all must needs pass through a purging, purifying process after leaving the earth life. I am still in purgatory. Some day I shall rise above it. The majority who come over here rise above or rather through purgatory into higher conditions. A minority refuse to relinquish their thoughts and beliefs in the pleasures of sin and the reality of the sense life. They sink by the weight of their own thoughts. No outside power can attract a man against his own will. A man sinks or rises through the action of a spiritual law of gravity." And so it was that his brother and the angel failed in their rescue mission. "He would not come away," Dowding communicated. "They had to leave him there. Fear held him. He said his existence was awful, but he was afraid to move for fear worse conditions befell. Fear chained him. No outside power can unchain that man. Release will come from within some day." Dowding returned to the Hall of Silence to ponder what he had just witnessed, determined not to return.