The Essenes: Children of the Light (Paperback) 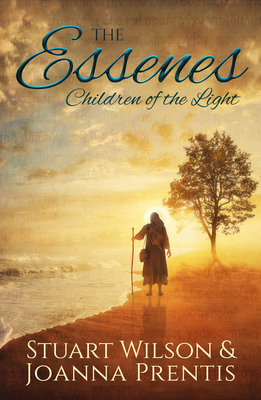 Take a trip through time to uncover the mysterious Essene knowledge and secrets that Jesus was taught. * Did Jesus really die on the cross? * Who was Mary Magdalene and what was her real connection with Jesus? * Extensive new information about the secretive Essene mystery schools. It is one of the great tragedies of Western culture that Christianity forgot and eventually denied its Essene roots. Those roots are herein explored from the perspective of past life regression. Fascinating new information emerged, including Essene links with the Druids, the existence of a secret Core Group around Jesus, and contacts with the Order of Melchizedek. Perhaps the most remarkable thing is that the Essene Jesus is restored to us, bringing to life the wise and loving Being who has been obscured by so much doctrine and dogma. His words speak to us across the centuries and open a clearer understanding of the Way, which he established, and the ultimate goal of that Way. This book makes clear that Jesus did not stand-alone. He had the backing of a powerful and dedicated team of Essenes, including Joseph of Arimathea. Thanks to the technique of past life regression, this story can now be told for the first time, opening up a fascinating window onto a unique and vital time in history.

Stuart Wilson was born in Exmouth in the West of England. He came from a conventional background and went to a Scottish public school (Fettes in Edin-burgh). However his mother was fascinated by theosophy and the writings of Alice Bailey, and this led to Stuart's lifelong interest in esoteric teachings and the Eastern and Western wisdom traditions. After service in the RAF on Christmas Island in the Pacific, he entered advertising as an agency copywriter, rising over some years to become an advertising manager for an industrial company. He then retrained as a counselor and set up a small publishing business, which he later sold to concentrate on writing. He wrote two best-selling name dictionaries, including Simply the Best Baby Name Book, and moved in 1990 to help his friend Joanna Prentis with the development of the Starlight Centre in mid-Devon. He writes of this period: "It was inspiring and fascinating but also exhausting! A stream of visitors came in to the Centre, mainly from the United States and Australia, but some also from Europe. We had an amazing and mind-expanding time sitting at the feet of internationally respected spiritual teachers and workshop leaders. What I remember most about this time was the big gatherings when our friends came in to share a meal and talk about our experiences and all the changes that were happening in our lives. It was a wonderful time, full of joy and laughter, and the special events, like Anna Mitchell Hedges sharing her crystal skull, and the two fire-walks led by Esassani, were simply magical!" Joanna Prentis: I was born in Bangalore in southern India. When I was two my family returned to Scotland where I spent my childhood and teenage years. After leaving school I traveled exten-sively, married and lived in Hong Kong for two years and then ten years in the Australian bush in Western Australia, where my three daughters were born. It was there that my interest began in alternative medicine and education, organ