Thinking and Doing: A Monograph by Moshe Feldenkrais (Paperback) 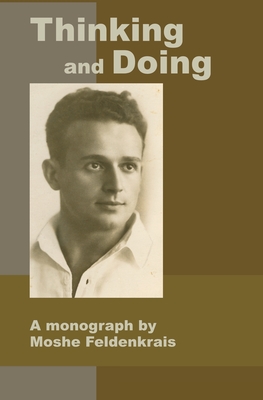 In 1929, a young Moshe Feldenkrais published his Hebrew translation of the book, The Practice of Autosuggestion by the Method of mile Cou . Feldenkrais not only translated the book but composed and added his own observations in two additional chapters, which are presented here in this monograph. Feldenkrais noted that the work of Cou was primarily focused on resolving problems, and realized that these same ideas could be used proactively to improve one's abilities. Feldenkrais writes, "We will explore this issue and see if we can take it a step forward. Using examples from real life, we will demonstrate that by using autosuggestion we can achieve far superior results rather than merely being in a condition no worse than someone else's." Feldenkrais offers numerous examples of how autosuggestion can enhance abilities and improve performance and concludes that imagination and correct thinking are more effective than willpower. For many years, Autosuggestion was a reference point for Feldenkrais as he continued to develop his work. He mentioned Cou in various aspects of his later publications, including Body and Mature Behavior and Awareness Through Movement. Both of these books are considered milestones in the development of the Feldenkrais Method(R).