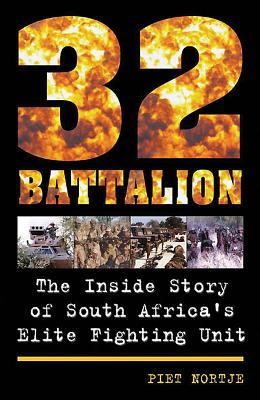 By Piet Nortje
$20.00
Unavailable, Out of Stock, or Out of Print

Originally formed in order to lend support to the FNLA and UNITA in the Angolan war, 32 Battalion quickly gained the reputation of being an unconventional, secretive, yet highly effective group. Written by a man who was intimately involved with the unit and served as its Regimental Sergeant Major for two years, the book aims to explode the myths surrounding the legendary 32 and set the record straight. It records how and why 32 Battalion was formed, explores its unique identity forged by the men who fought in it, details the many operations in which they participated, and concludes with its eventual disbandment at the dawn of a new South Africa. What they did, and how they did it, would earn this controversial group official recognition as the best fighting unit in the South African Army since World War II. This book's unembellished, factual reporting will fill a big gap in the highly popular military genre.