Credlin & Co.: How the Abbott Government Destroyed Itself (Paperback) 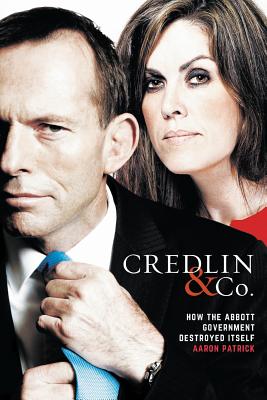 Credlin was Abbott's enforcer, his disciplinarian, his counsellor, his brain, his mother. Her strength as a chief of staff was a sign of his weakness as a prime minister: she gave him the option of disengaging. Credlin allowed Abbott to be who he wanted to be: the good bloke, the philosopher, the weekend fire-fighter, the surfer, the orator, the man of action. If Abbott was a natural leader, it could have worked. But he lacked the most important attribute of all: judgement.

Tony Abbott and his chief of staff, Peta Credlin, ran a brilliant campaign in opposition. But their approach led to disaster in government.

When Abbott became prime minister, he and Credlin ruthlessly controlled ministers, backbenchers, the public service and the media. They shut out voices that questioned Abbott's way. Everything started to unravel.

Credlin & Co. is the story of a relationship that determined the fate of a government. It shows in stunning detail the disastrous consequences of power abused, and the broken people left in its wake.

Aaron Patrick is the print editor of the Australian Financial Review and author of Downfall: How the Labor Party Ripped Itself Apart (2013).