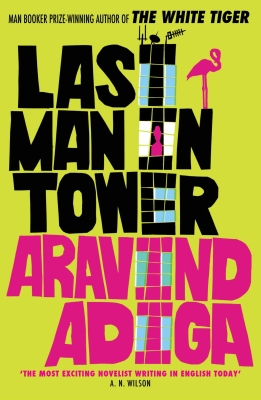 Real estate developer Dharmen Shah rose from nothing to create an empire and hopes to seal his legacy with a building named The Shanghai, which promises to be one of the city's most elite addresses. Larger-than-life Shah is a dangerous man to refuse. But he meets his match in a retired school-teacher called Masterji. Shah offers Masterji and his neighbours--residents of a once respectable, now crumbling apartment building on whose site The Shanghai would be built--a generous buyout. They can't believe their good fortune. Except, that is, for Masterji, who refuses to abandon the building he has long called home. As the demolition deadline looms, desires mount; neighbours become enemies, and acquaintances turn into conspirators who risk losing their humanity to score their payday.
Here is a richly told, suspense-fueled story od ordinary people pushed to their limints in a place that knows none: the new India as only Aravind Adiga could explore and expose. Vivid, visceral, told with both humour and poignancy, "Last Man in Tower" is his most stunning work yet.

ARAVIND ADIGA was born in Madras in 1974 and was raised in Australia. He studied at Columbia and Oxford Universities. A former correspondent in India for Time magazine, his articles have also appeared in such publications as the "Financial Times," "The""Independent," and the "Sunday Times." He lives in Mumbai.