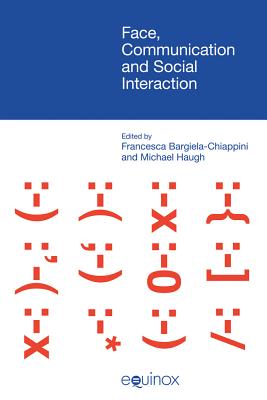 It is an enduring theme of humanity that people are concerned about what others think of them. The notion of face has thus become firmly established as a means of explaining various social phenomena in a range of fields within the social sciences, including anthropology, pragmatics, sociolinguistics, and psychology. Yet face has also become increasingly entrenched in the literature as a kind of pre-existing sociocultural construct. This book offers an alternative in focusing on the ways in which face is both constituted in and constitutive of social interaction, and its relationship to self, identity and broader sociocultural expectations.

There are three main themes explored in this volume. Part I, 'Face in interaction', encompasses contributions that deal with face as it emerges in interaction in various institutional and non-institutional settings. In Part II, the relationship between self, identity and face is investigated in the context of interpersonal communication. The final part considers various approaches to establishing links between individual interactions (the so-called micro) and broader sociocultural expectations or 'norms' that interactants bring into interactions (the so-called macro).

Francesca Bargiela-Chiappini is a member of the editorial board of the Journal of Politeness Research and has published articles on face and politeness and politeness in the workplace. Michael Haugh is a senior lecturer in Linguistics and International English in the School of Languages and Linguistics at Griffith University, Brisbane, Australia. He has published papers on face in Australian English, Chinese, and Japanese and the relationship between 'face' and 'politeness' in the Journal of Pragmatics, Multilingua, and Intercultural Pragmatics, as well chapters in Asian Business Discourse(s) (Peter Lang, Berlin) and Chinese Discourse and Interaction (Equinox, London). He has also co-edited a number of journal special issues, including "Face in interaction" for Journal of Pragmatics.