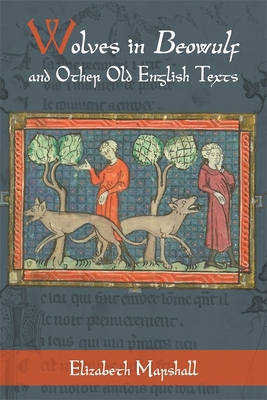 A fresh and sympathetic investigation of the depiction of wolves in early medieval literature, recuperating their reputation. The best-known wolves of Old English literature are the Beasts of Battle, alongside ravens and eagles as ravenous heralds of doom who haunt the battlefield in the hope of fresh meat plucked from still-warm bodies. Yet to reduce these animals to mere corpse-scavengers is to deny that they are frequently imbued with a variety of far more nuanced meanings elsewhere in the corpus.
Two such meanings are inherited from ancient and medieval European lupine motifs: the superstition that the wolf could steal a person's speech, and the perceived contiguous natures of wolves and human outlaws. Tracing the history of these associations and the evidence to suggest that they were known to writers working in early medieval England, this book provides new, animal-centric readings of Wulf and Eadwacer, Abbo of Fleury and lfric's Passiones Eadmundi, and Beowulf, placing these texts within a lupine literary network that transcends time and place. By exploring the intricate, contradictory, and even sympathetic depictions of the wolves and wolf-like entities found within these texts, this book banishes all notions of the medieval wolf as the one-dimensional, man-eating creature that it is so often understood to be.