Canadian Pacific in the Rockies (Paperback) 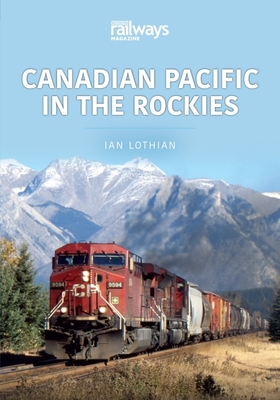 By Ian Lothian
$24.95
Unavailable, Out of Stock, or Out of Print

The Canadian Pacific Railway was built to unite all the Canadian Provinces with a transcontinental line running from the Atlantic to the Pacific. Many obstacles were encountered during construction including the Rocky Mountains, a formidable range of mountains in Western Alberta and Eastern British Columbia. Originally planned to run further north, the line eventually crossed the Continental Divide at Kicking Horse Pass, a challenge to railway operating that still exists today despite the use of high-horsepower diesel locomotives. Illustrated with unique photographs, taken over a number of years, this book covers the line from Exshaw, where it first encounters the Rockies, to Golden. The variety of traffic found on the line is shown against a backdrop of stunning scenery that is encountered along the line. Also detailed is the other Canadian Pacific line in the south of Alberta, which traverses Crowsnest Pass.